This February, HackIllinois welcomed over 1000 students to the University of Illinois at Urbana-Champaign for a development-filled weekend where students from across the Midwest and the country gathered to make contributions to open source projects. Over the course of just 36 hours, attendees made significant contributions, making over 94 submissions by the end! 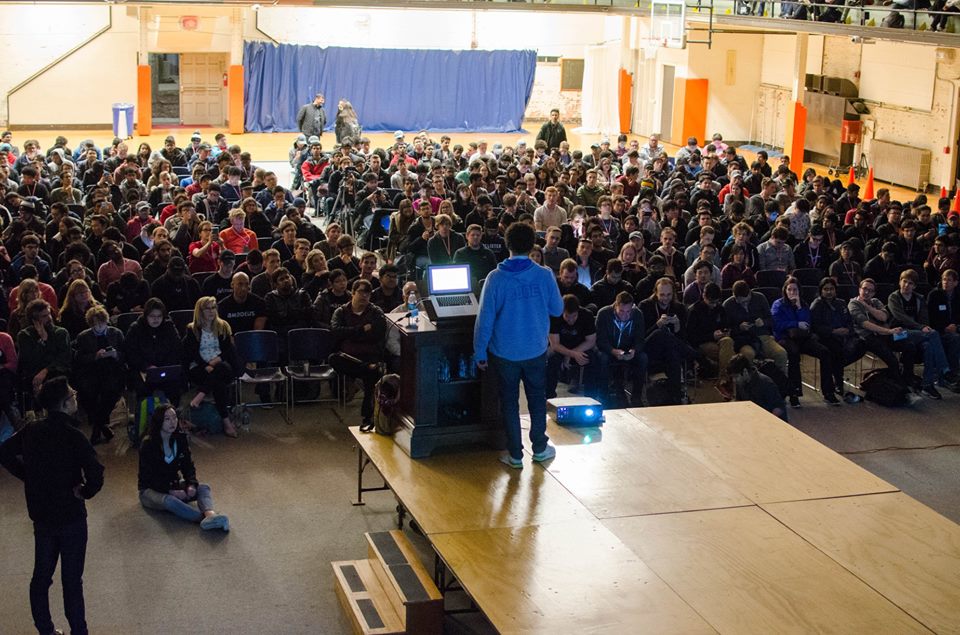 With the focus on open source at HackIllinois, attendees spent the weekend learning about and building out new open source features and tools that tackled issues in many different fields. HackIllinois kicked off with panels on Web/Data and Systems/Miscellaneous after the Opening Ceremony. Mentors presented their projects, after which students joined groups they were interested in. 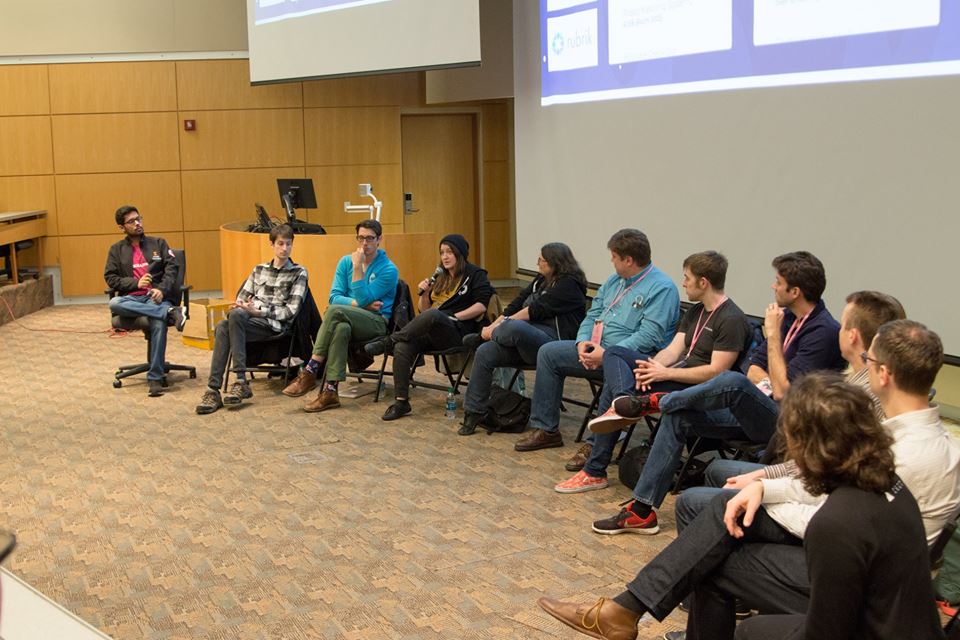 Attendees worked late into the night starting on their projects: mentors taught students how to set up their environments, what the basics of their projects were, and how the students could contribute.

HackIllinois also featured a wide array of talks and workshops. There were many presentations on interesting technical topics such as machine learning and virtual reality, as well as sessions focused specifically on open source, such as the Women in Open Source panel. Some attendees also prepared short lightning talks on a variety of diverse topics, from networking to memes. 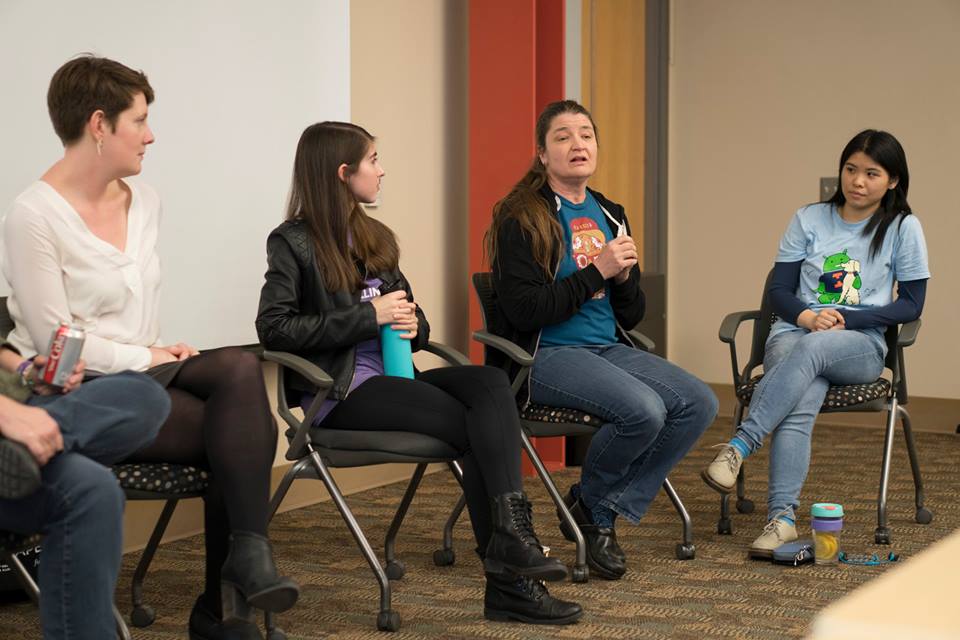 There were also some great keynotes from members of the open source community. Travis Oliphant, the creator of NumPy and SciPy and the CEO of Anaconda, spoke about open source and changes in data science. Vijay Pai, a software engineer at Google, discussed his work on gRPC and other open source projects in his time at Google. Katy Huff, an associate professor at Illinois, and Steve Klabnik, a member of the Rust core team, both also spoke about their experiences in open source. 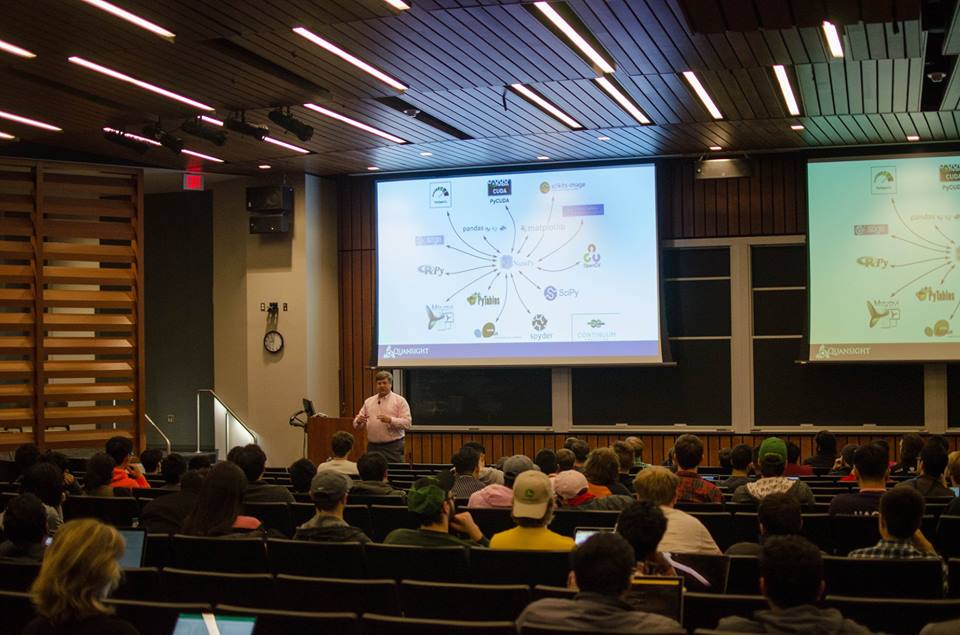 Throughout the weekend, there were all sorts of activities to take a break from coding. Our sponsors set out piles of swag at their tables and games in their lounges for students to come and relax.

Sponsors were also a huge presence at HackIllinois. Students chatted with company representatives at the company expo and throughout the event about the companies and job opportunities, as well as the technologies that the sponsor companies used or produced. Many sponsors even brought along their own contingents of mentors to work with students on open source at HackIllinois; quite a few of the sponsors were excited to develop on the projects that they use at work. 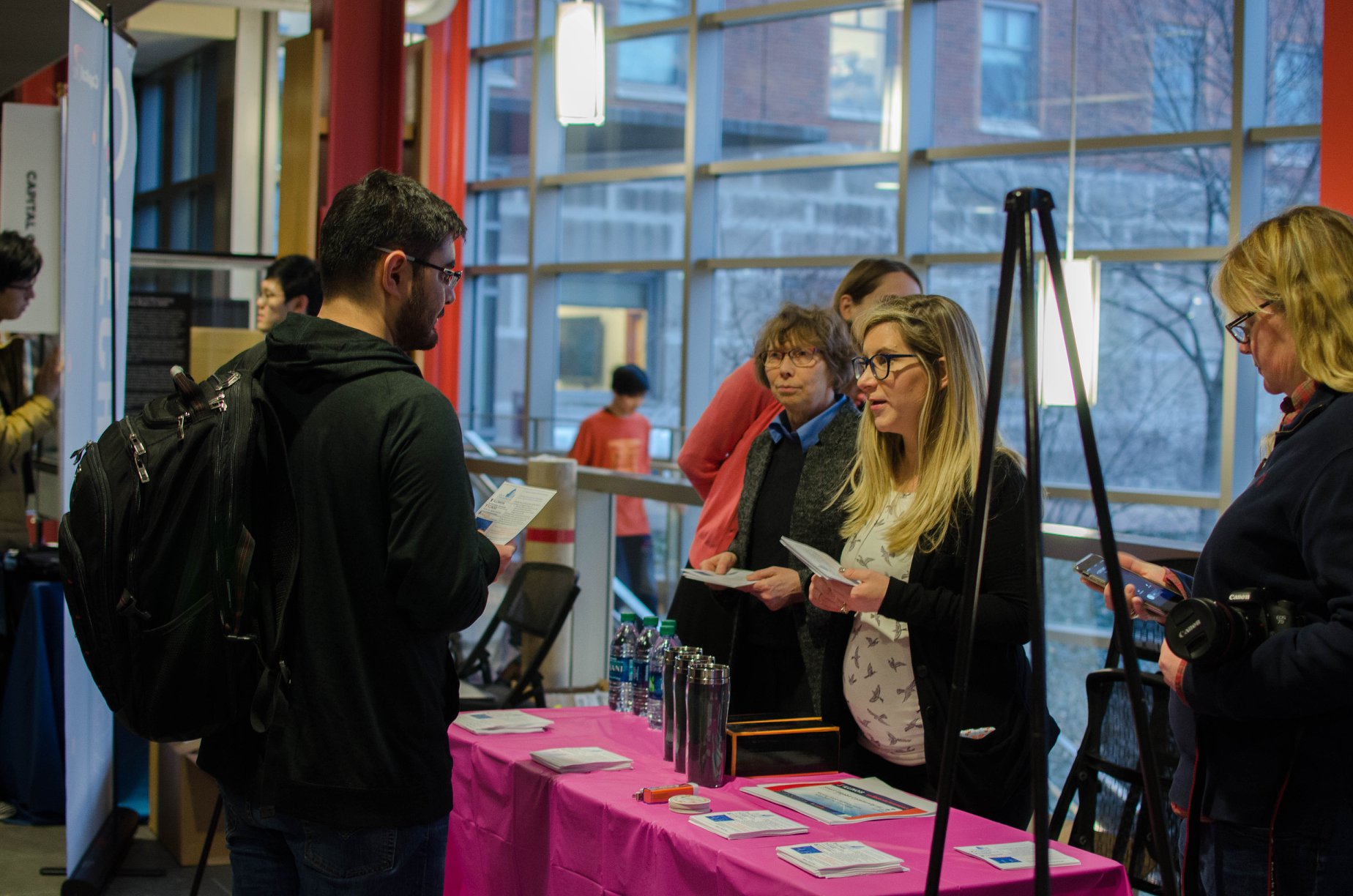 Tons of attendees had fun playing Nerf at the Kenney Gym on Saturday. As is tradition, the last game was an intense HackIllinois staff versus sponsor round. 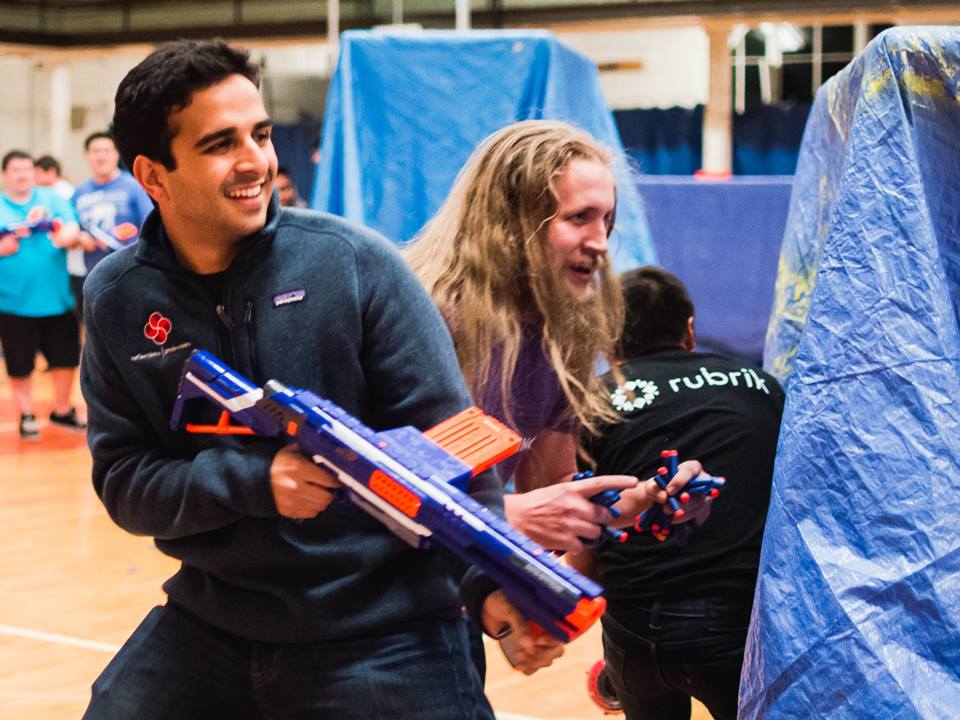 Sunday morning brought the end of hacking, and groups wrapped up their contributions and documented their work on Devpost in preparation for demos. Some therapy dogs visited and brought smiles to many faces. 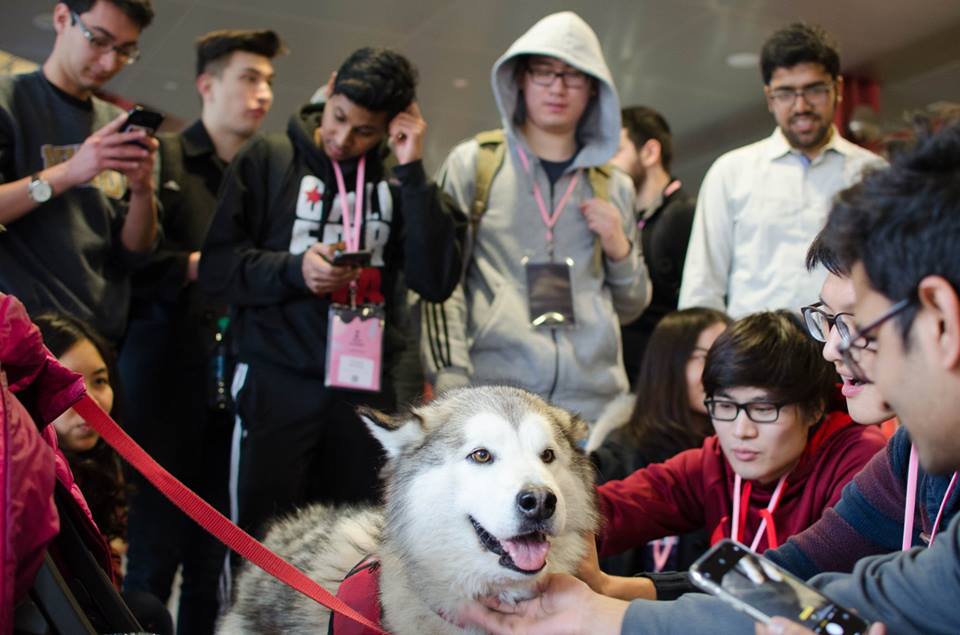 By the end, there was lots of excitement in the air as judges wandered about Siebel and checked out the contributions made. For open source contributors all around, there was much learned and created. 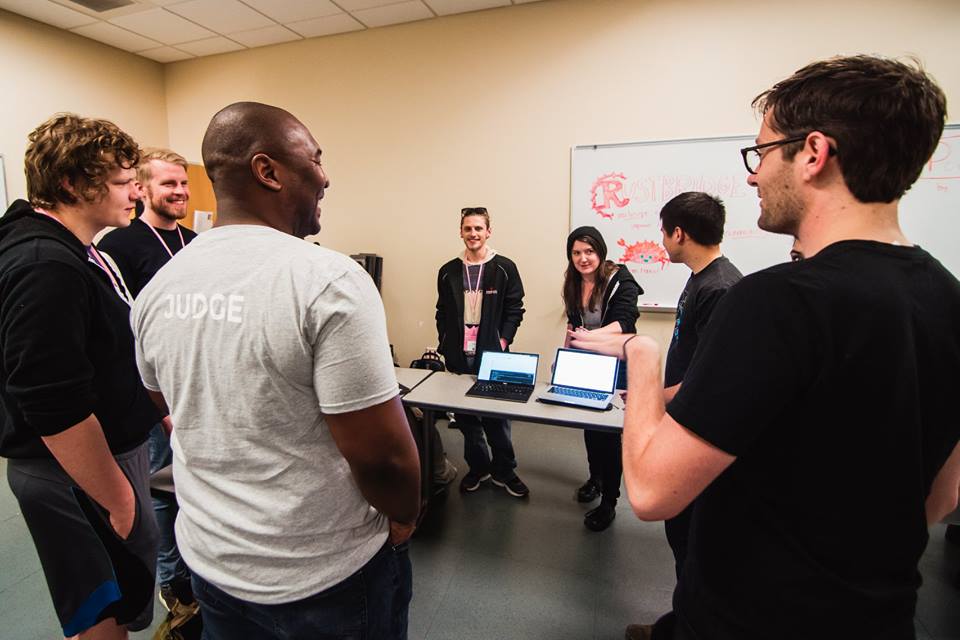 Watch out for registration for HackIllinois 2019 on our website at hackillinois.org! And if you’re interested in getting involved as a sponsor, be sure to reach out to us at sponsor@hackillinois.org.

Interested in being a mentor at HackIllinois 2019? Check out our Call for Mentors for information on how to get involved.